Ahhhhhh....... so many tunes that need a shout out ! I'm going to start off with slow-mo, moving onto nu-disco, followed by some mid tempo deep / tech house, concluding with some peaktime floor bangers. Check it:

Disco has come back in a big way, and that's exactly what Nathaniel Jay and Dave Robertson have been cooking in their studio in Soho, New York. Full of soul and a lovely voice throughout the track, with a simple bassline, just proves that you don't need too many layers in a track to make it sound good. Part of the Super Sound Single Volume 4 compilation.
Release Date: 2011-09-02 | Set Fit: Warmup | Time of the Day: Morning, Early Afternoon, Late Afternoon 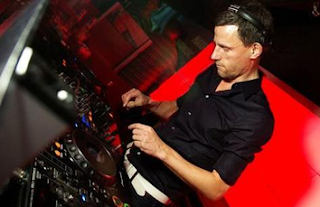 Sebastian Doring has been on my radar for quite sometime now, having heard 'Love and Happiness', 'Rain' and the classiest deep house tune I've heard till date 'Want You In My Soul', which was featured in the last post. Soulful mids, a punchy old-school bassline and splendid guitars on the breakdown, this tune is the epitome of balearic electronica. Part of the Honeybadger EP, which also features 'Chasing Things' and 'Give A Shit'.
Release Date: 2011-08-19 | Set Fit: Warmup | Time of the Day: Morning, Early Afternoon, Late Afternoon

Thyladomid & Adriatique is a production partnership between Charles Thiemann, Adrian Schweizer and Adrian Shala. After 'The Voice', this is defo Thyladomid's next big drop. Leslie Feist's soothing vocals over a tribal'ish percussion layer, a trademark Thyladomid bassline and lots of happiness. Chill is the name of the game. Part of the Various Artists EP.

Another vibe of a tune is on our hands, this time German producer Alex Q at the helm. Nothing sounds sexier than casual keys, a violin, claps and a trumpet coming together to form a beautiful groove. Mood setter this, part of the Jule EP, which also features 'Karma' and 'Shine'.

Alex Kruger drops a yummy tune on his new EP, that reminds you of the good times. This German bloke is so talented, the versatility in his productions can be clearly seen if you compare his old tunes like 'Peter's Secret Weapon' to his current sound. Defo one of my top 5 favourite producers. This tune is just so nice to listen, leave aside dance. Part of the Torn EP, which also features 6 other tunes. 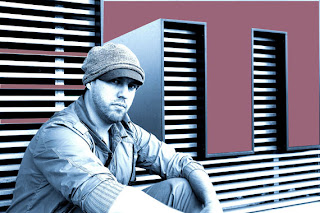 Eric Estornel is on a friggin' roll. His productions under the Maetrik moniker, an uptempo bass heavy sound that's distorted and sounds like alien spaceship's engine(or atleast that's what he wants us to believe from his biography), are doing the rounds with some of the top names in the industry. But recently, he's been focused on delivering as Maceo Plex, a funked out disco feel of Eric's sound. Oh it's so fu*king good ! If you've heard 'Your Style' and liked it, get a load of this ! Old school beats in a futuristic creepy package, gooooooood stuff ! Part of the Sweating Tears EP, which also features 'Can't Leave You'.
Release Date: 2011-09-19 | Set Fit: Warmup, Getting There | Time of the Day: Late Afternoon, Early Evening, Late Evening, Night

Some tracks don't have any special samples or much focus on layers, but just by playing with filters, one can create such beautiful melody. That is exactly what Marco delivers in this tune. Missed out on this when it came out. This tune crawls on you and infects you like a virus and every time you hear it, you realize new patterns that you hadn't heard earlier. Part of the VO. 1 compilation, that also features 'Eat The Disco' and 'Localize'
Release Date: 2011-06-15 | Set Fit: Getting There | Time of the Day: Early Evening, Late Evening

So lately I've been digging Satoshi Fumi's sets quite a bit and he drops this one consistently. No reason he shouldn't, he's turned the chillout mind-oriented original into a funky dancefloor groover, everyone should hear it atleast once. Part of the Bite Down EP. 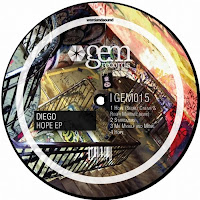 You can really expect a banger of a track if Secret Cinema and Roger Martinez do a collab, and that's exactly what's happened. Secret Cinema's water-soaked-dub stabs with Roger's deep mids and tight groove over groove layers is what this is. Absolute dance floor mayhem is inevitable. Part of the Hope EP.

Closing off September selections with a techno banger. Everyone remembers Agaric from 'Who Made Up The Rules', which I didn't really like that much. But this tune has hints of tribal elements and overall it's such a  dance floor cracker, Groin-to-speaker connection this. Part of the Dink Touching EP.

Another dose of what you love, good electronic music. Check it:

Benjamin Smith, Chris Todd and Jim Baron make up White Elephant. I've never heard any of they're stuff before, but this tune caught my attention on Chris Coco's Melodica 11 July 2011. Balearic, down tempo stuff, just what you need with a bad hangover. Part of Sir John EP, which features a nu disco take from Mark E.


2. Lovebirds feat. Stee Downes - Want You In My Soul[Winding Road]

First heard this on Mr. Mr.'s facebook post, this tune defines what love is all about. Kicking off with ambient melodies, shortly followed by the groove, the track dives into deep funky space supplemented with superb vocals by Stee Downes. Defo one of them tunes you play on a long drive in perfect weather. Part of the Want You In My Soul EP, which features a Hot Toddy remix, an instrumental version, a reprise of the original and Give Me A Dubf*ck.
Release Date: 21-06-2011 | Set Fit: Warmup, Getting There | Time of the day: Morning, Early Afternoon, Late Afternoon, Early Evening

Another artist I was unaware of, until I heard Transitions with John Digweed - 21st July 2011. Nick adds a superb vibe to the original, packed with soul. Part of Relapse EP, which features the original and a Dana Ruh remix.

Coming to the highlight of the post, this Russian has set the benchmark for young upcoming producers by dishing out a BOMB ! I swear, I can not get enough of this tune, it is filled with such a deep vibe, the breakdown is full of love and rich textures, this guy is defo on my radar. Danny Howells, if you stumble upon this post by any chance, here's prolly something you'll want in your playlist. Part of the Lucky Beggar EP which features Roxy, Lucky Beggar and Sun In Your Eyes.

Yesss !! Another one of them sax classics you're never going to get over. Classic deep bouncy groove with a tribal perc touch and sax frizzles all the way. Good stuff ! Part of the Moxa Vol. 1: Follow The X compilation.